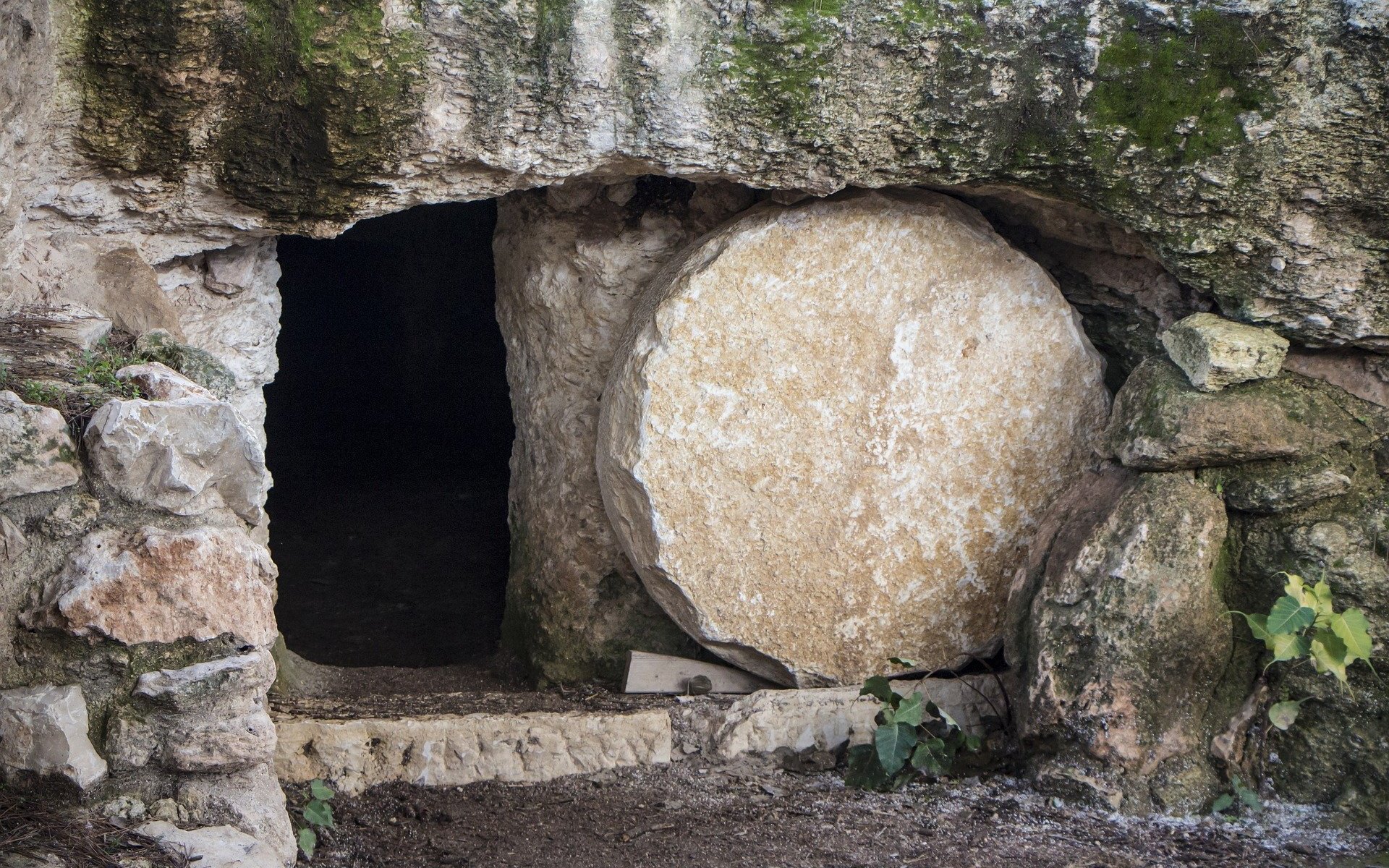 The ladies brought spices to the tomb just before sunrise on the first day of the week to anoint Jesus’ body. “and they asked each other, ‘Who will roll the stone away from the entrance of the tomb?’ But when they looked up, they saw that the stone, which was very large, had been rolled away. As they entered the tomb, they saw a young man dressed in a white robe sitting on the right side, and they were alarmed.” Mark 16:3-5

After the events that happened on Friday, culminating in the death of their Savior, his followers must have felt fearful. Everything they had hoped that He would do to save his people was over. Now that Jesus was gone, what hope did they have left.

Imagine their surprise to find the stone already rolled away and Jesus gone, his garments lying there. How puzzled they must have felt. Even though Jesus had told them what had to happen, they just didn’t understand.

I’ve heard the scriptures describing the crucifixion and Jesus being raised from the dead many times in my life. But, it’s something I never tire of hearing, because it gives us hope. We have hope in Jesus!

There are so many things that keep us in tombs. We’re afraid to walk past the stone. But Jesus shows us that the end has not come yet. There is more to the story.

We’ve been living in the scariest time of my life with the fear of COVID-19. I think that it’s not an accident that we’re going through this during the Easter holiday. There’s a message here. Don’t let it go over your head. What’s your next move going to be.

Jon Porter, our pastor, always makes everything real. He says we live in the Saturday, you know, the in between, the uncertain time. Not knowing what the future holds, our hopes and fears paralyzing us. But even in this uncertain time we have to know that the silence of God doesn’t equal the absence of God.

No tomb could contain hope. It sure couldn’t hold Jesus! The stone is rolled away. God is in charge and Jesus is coming to us!

Imagine a life where you release your sins; what a new life, new faith, a new release could mean for your future. What are we going to do with that new life?

We are never going back to what normal used to be. After the isolation and fear we’ve been dealing with, we can’t afford to go back to the old normal. It wasn’t working out so well! We spend more time arguing and fighting over everything instead of following the last words of Jesus before he ascended to heaven.

“Go into all the world and preach the good news to all creation. Whoever believes and is baptized will be saved, but whoever does not believe will be condemned.” Mark 16:15-16

I know the world right now seems so unreal. But, as Jon said in his sermon this morning, this is probably the most authentic Easter we’ve celebrated in a long time. We’ve been all shaken up, and maybe we needed it to be that way, so that we could open our eyes to look at opportunities to create the new normal. One that honors the God that we serve.

Are we living in the last days? I don’t know, but Jon said it best, “We have never been this close to the return of Jesus.” We can’t put a date on His return, but we need to be ready because he will come like a thief in the night.

He is risen, indeed!

Looking forward to seeing my church family again! Stay safe until then.